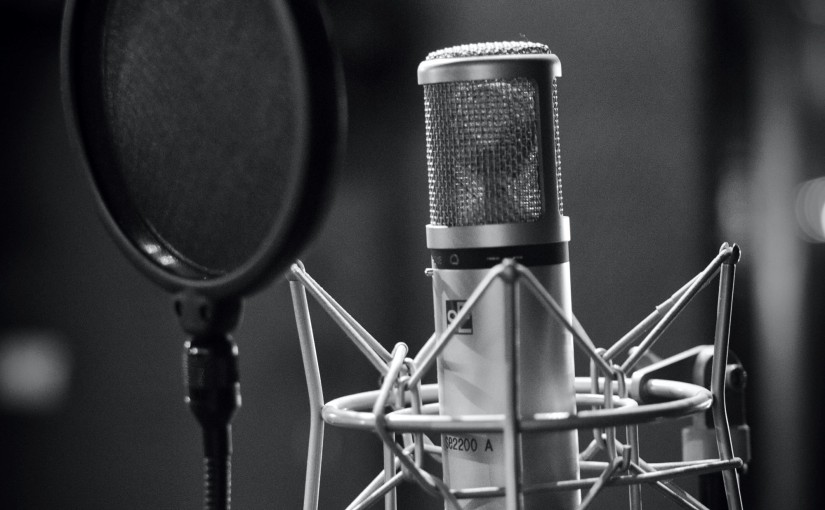 I didn’t want to trivialize a tragic death by placing it next to my other random thoughts. That post deserved to breath on its own. But I have things to get off my chest this week, so. Treat for the four people reading this blog. You get more me.

Lately, I “journal” in a single Evernote document called “Diary” that I update everyday. Like a tweet thread. I treasure pen and paper—and love the aesthetic of my trusty composition notebook—but 90% of my clearest thoughts come at my desk. Whipping out a composition notebook in the office doesn’t necessarily scream “I’m working.”

But. Thanks to Bre Writes, I’m paranoid about the robots or Russians or our next billionaire narcissist erasing it all. So, thanks for that.

You know how the right words just find you at the right time? We like to think this will happen while we free-base content on our medium of choice. This happened to me the old-fashioned way: in a library.

After an aimless stroll through the aisles, I landed in the 800-block of the non-fiction section aka the literature and writing craft section(1) and picked up Several short sentences about writing by Verlyn Klinkenborg. In it, I found the following:

Is it possible to practice noticing?
I think so.
But I also think it requires a suspension of yearning
And a pause in the desire to be pouring something out of yourself.
Noticing is about letting yourself out into the world,
Rather than siphoning the world into you
In order to transmute it into words.

Practicing noticing will also help you learn more about patience
And the nature of your mind.
Noticing means thinking with all your senses.
It’s also an exercise in not writing.

Remember what I said earlier this week about knowing vs. intellect? Same thing.

As a veteran of the 2012 Black Blogosphere where writing about my preference for solitude got me labeled all manner of bitter, lonely, and single-as-a-pejorative, this article thrilled me. If this is the beginning of the “Be Your Best Self So You Don’t Die Alone” content industrial complex for hetero men, I’m here for it.

As previously mentioned: the library. Picking up books based on covers and vibes instead of Instagram Stories. Sitting down and perusing 5-6 pages before making a choice. Why do I need my book reading to be “efficient?” I have all the time in the world for meandering.

I somehow picked the week Beyonce’s new album dropped to become obsessed with a three year-old Jonas Brothers’ song? This hasn’t interrupted my repeated listenings of “CHURCH GIRL” and “CUFF IT.” I just break to spin “Sucker“ 5-10 times in between.

Tumblr. You heard me. I’m back on Tumblr. And you know what? I love it. Between whatever the hell Elon Musk is doing with Twitter and Instagram turning into TikTok, some elder millennials are flocking back to the original Hellsite. Right now I follow mostly tags and maybe two people? Love that scrolling experience for me.(2)

The Feds running up in He Who Shall Not Be Named’s crib. If nothing but the sheer joy of schadenfreude comes of it that’s enough for me.(3)

(1) Did you you know my first job was as a library page? And I still know the Dewey Decimal system?

(2) And I know the powers that be allegedly scrubbed the NSFW content way back but um. I don’t think that’s being enforced. This is a hunch and has nothing to do with anything I’ve happened upon while scrolling. I wouldn’t dare venture into any seedy parts of the Internet. *clutches pearls*

I used to be "skinny black girl." I'm now a slender woman on the other side of 35 with no new moniker who is not quite interested in writing under her given name. Still writing my life, a day (or some months) at a time. Also, still black. View all posts by a girl named rob

One thought on “Freestyle Friday”